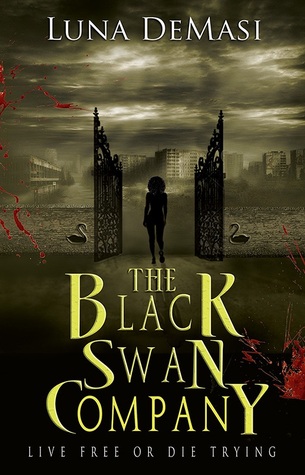 I’m not an automatic sucker for any vampire book, but this one won me over quickly.  I loved the focus on investigative journalism as a way to dig deeper into the conspiracies and injustices committed by the authorities in this dystopian, semi-post-apocalyptic setting.  There are also elements of paranormal romance for readers who are drawn to that kind of thing, and this was a good way for the author to draw all sorts of emotional turmoil out of the characters.  Melody, as a “strong female lead,” is great because she’s good at her job but also personally flawed in believable ways that make her easy to relate to.

The writing devices the author uses keep the plot flowing while also giving great backstory.  There are journal entries and letters, back-flashes, and occasional dips into POVs other than the main character’s.  The story often reads like a suspense/crime drama.  A lot of time is spent with Melody and Bastian in isolation, but then there are bursts of action to remind you that the world outside is really, really different from the one we know and the one Melody lost.  And the dialogue is great, livening up the story with colorful side characters whom you grow attached to quickly.

I don’t want to give anything away, but what’s really going on with the Black Swan Company is both terrifying and oddly believable.  I also like that these “vampires” aren’t like your typical paranormal monsters, and the gray areas involved are interesting from a moral and sort-of-political standpoint.

If I have any complaint about this book, it’s that the action at the end happens really fast as things come to a climax, and everything gets wrapped up super quickly.  But it also works this way, since everything has been building to what happens in the end and you kind of know what to expect.

Definitely check out this book if you like your vampire stories a little more on the dystopian/crime side.