This book has absolutely everything I look for in a crime thriller.  Is there a ton of action?  No.  Is the editing in this book perfect?  No.

Did I care?  No.   I read a book hoping for great characters, and the two main men in this book are so well-portrayed that it was impossible for me not to get sucked in.

I felt on every page that the author knew exactly what he wanted to do.  This genre works perfectly for getting into the minds of your antagonist and protagonist, and I loved the back-and-forth approach.  These are very different men in terms of the morality spectrum, but there are also similarities that make things really interesting.  I wondered at first if it would be confusing to jump from one guy’s mind to the other’s, but with each break I immediately knew whose head I was in – that’s how clearly this author knows his characters. (As an avid reader, I can safely say this isn’t always the case.)

I also wondered how it was going to work that the biggest/worst murder happens right away, never really building to a climax of action, per se.  But this works because the story is about a cat-and-mouse chase, and Charles Street’s breakdown from the start makes the tension really complex.  Jack’s journey is, in a way, even more complicated as he avoids getting caught.  I can’t say I was ever really cheering for him, but you do understand him.

I did find some bits a little too convenient or simply wrapped up.  An offhand comment leads Jack to see through the cops’ plans.  The big confrontation plays a little quickly and the “trick” felt a bit forced to me.  BUT, there’s so much else going on that I got over the sticky bits, and this really was a great read. 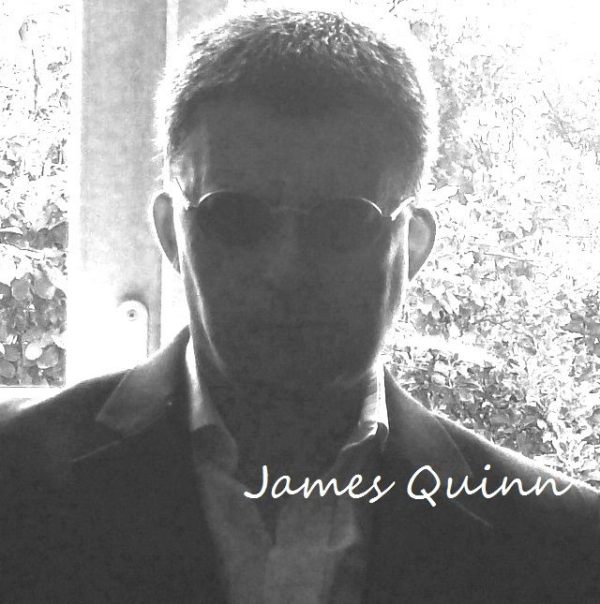 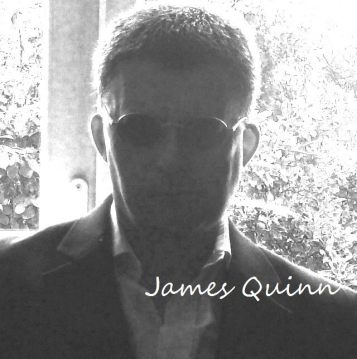 Today I’d like to welcome James Quinn, thriller writer and author of A Game for Assassins and Sentinel Five.

The Gorilla Grant books are old school Cold War espionage books but with a violent and gritty element to them.

Having read your first book, that’s a good sum-up.  What are you working on currently?

I’ve just finished book 2 in the series, Sentinel Five, which is set in Asia.  My next few months are going to be geared towards promoting that.  Then a break and next year I’ll begin book 3 in the series.  This is the one I am looking forward to the most….it’s my most personal book….but still with lots of action in it.

Good planning!  What is your favorite scene you’ve written?  Can you give us a peek?

My favorite scene that I’ve written so far is actually one of the final scenes from Sentinel Five.  It’s a violent scene and then ends with some tender interaction between Gorilla Grant and a “female” character.  I won’t spoil it, read the book, but it’s an emotional scene from my point of view.

Don’t publish too early!!  Make sure you are happy with it first.  Then give it to a professional editor, they see things that you don’t.  That was the main problem with my first book, A Game for Assassins, I was too keen to get it out and I was just winging it.  It was only when I signed up with a publisher (Creativia) that the production values really started to kick in.

What is one question about your books that you wish more people would ask?

Honestly, I’m just glad that people take the time to buy and read them.  But if I was pushed I would have to say I would like readers to ask more about Gorilla’s background.  I mean…C’mon guys…I’ve dangled lots of little clues in both books….you have to search them out to be sure….but there is a whole back-story just waiting to be unpicked by an inquisitive mind.  Some people have asked and emailed me questions about him though to be fair 🙂

Interesting…  🙂  Who inspires you to write?

I have favorite writers certainly, John LeCarre, Ian Fleming, Stephen King, and they are always good motivation.  But really I am inspired by people around me, people who battle through against overwhelming odds and fight against any kind of injustice.

When I first wrote the books I always imagined a young Bob Hoskins as Gorilla Grant, that rough edged manner.  Then that changed, maybe Bob would have played an older Gorilla.  Now I’m torn between Tim Roth, a brilliant actor, and a lesser known UK actor from Liverpool, by the name of Stephen Graham.  Both are tough little men, very charismatic, working class heroes.  So they are the ones that I would pick….I’d even run their firearms training for the movie myself just to hang out with either of them  😉

Love Tim Roth.  And that’s a pretty good plan!  When you get stuck in your writing, how do you make yourself keep going?

I tend to write in bursts…a week here, a week there…then nothing for a while.  I don’t try to force it.  I let it happen organically.  If nothing is coming to mind I will stop and go for long walks, or go and train, anything to distract me.  So far this has worked.  Then slowly…the ideas start to work themselves out.  It’s not perfect but it suits me.

That seems to be a common approach for many authors.  Do you use your personal experiences in your writing?

Oh absolutely, very much so.  Because of my job a lot of the technical scenes in the books are taken from my role as a security consultant/investigator.  So if you read a scene that has surveillance aspects, or operating in a covert role in a non-permissive environment, or anything related to firearms/unarmed combat work, then it’s a fair bet that I’ve done most of that.  Art imitating life I guess.

You certainly have a great history of experience to draw from when writing thrillers!  Is there anything you’ve read that made you jealous you didn’t think of it first?

There is a little known book by the Scottish writer, the late William McIlvanney, called The Big Man (it was also a movie with Liam Neeson).  Such a perfect book. It deals with tough issues.  It’s a great crime novel, but it’s also about family and community.  So, that one definitely.  It had such an impact on me when I read it, but as for being jealous….Elmore Leonard.  If I can write character dialogue even half as good as him by the end of my life I’ll die a happy man!

Thanks, James, for sharing!