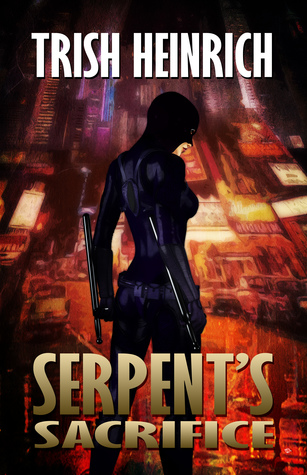 Of course I’m going to read about superheroes. I went into this book expecting a fun, action-packed adventure, and I was delighted by how much more this story held.

Female main characters are often used for the sake of just having a female main character, but the time period this book was set in allowed for a lot of feminist exploration.  That, in a superhero book, I found really compelling. There were a lot of modern comparisons to make from the simple set-up: “in 1960’s Jet City, women are supposed to want marriage and babies, not cowls and secret identities.”  It was great to see how Alice tried to break out of those expectations. It was also interesting to see how the other characters reacted to it.  I think any female reader would nod along at certain parts, and these struggles might be good for some men to recognize too.

But the book didn’t stop there.  Set in the 1960s, of course racism was incorporated into this world-building.  The book’s characters who are equally as smart and talented as their white counterparts aren’t used as simply token black characters, but instead they play vital roles in the action.  Also, the book tackles the traumas of abuse and alcoholism, making them real issues that Alice has to deal with as she grows into an adult.

This book is quite long and covers a lot of ground, but I was neither bored nor overwhelmed.  The cast of characters is full but not too full.  The dialogue is genuine and strengthens the relationships between the characters. The action is well-described and believable, with the superpowers adding a boost of fun.

Overall, this is a great first novel from an author who packs a lot into her superheroes, villains, and familiar-but-amped-up world.  It’s sure to please fans of more famous superhero/comic stories, fitting into that club but definitely holding its own as a unique story.