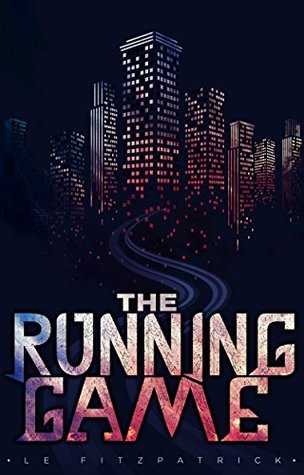 Some dystopian books show futures that aren’t relatable or believable at all.  This book’s portrayal of the future immediately made me go, “Oh, yep, that could happen… Are we on our way there now?”

I quickly became a fan of Fitzpatrick’s writing as much as I became a fan of this world and these characters.  It’s witty, well-paced, intense, and hilarious in quite a few quips of dialogue.  The whole story is a great mix of genres – not just Dystopian but also Sci-Fi, Thriller, and it reads like a crime novel with mobsters.  The “Reachers” themselves are telepathic/telekinetic and add a unique dimension to a story that otherwise could fit in with a non-fantasy setting.

My one quibble with the story is why on Earth, after hearing her life is in danger, Rachel returns to her apartment.  John and Charlie are supposedly really, really good at this stuff, but then she’s conveniently thrown into danger again by being at this wrong place at an obvious time.  This seemed really not right to me, and the trouble that they all get in as a result makes it seem like it was just the easiest way to move along the plot and get them in trouble again.  It works, but it doesn’t seem like a logical, smart move.  But, oh well, because I still liked everything.

I would definitely recommend reading Fitzpatrick’s accompanying short stories, “Safe Haven” and “The Lost Shepherd,” with this as well.  You can read this book on its own, but those 2 stories combine to give a fuller background to Rachel’s past, what the running game is all about, and why Father Darcy is involved in the first place.

One thought on “Review of “The Running Game” by L.E. Fitzpatrick”