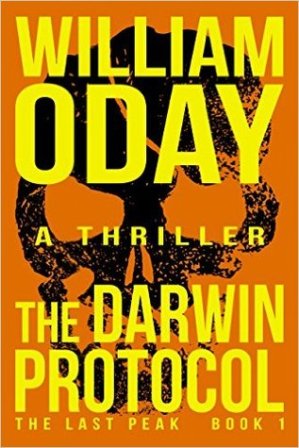 First of all, despite a lot of what I’m going to say, this was a really entertaining read. The action was great, the suspense kept me reading even when I had other things to do, and the characters are sympathetic when they’re supposed to be and hated when they’re supposed to be. The writing itself flows quite well and has been edited well.
However, the thing I kept getting stuck on was that the description, the title, and the cover all lead you to assume this book is about a “viral apocalypse” and “the end of the world.” The opening scene with government officials deciding to use the Darwin protocol also leads you to assume this is going to get right into an apocalyptic story. But really, MOST of the story is focused on something else entirely (gang violence), with this vague apocalyptic threat hovering in the background until the very end. Then, okay, things start to come together, but a reader should be aware that this isn’t significant to most of the story. This is Book 1 in a series, so I’m sure the apocalyptic features will grow from here, but there’s not a lot of that kind of thing in THIS book.
What IS in this book is pretty good. It’s very character-driven, and you care about this family. Mason is a likeable, heroic father with a lot of PTSD baggage from his time as a Marine. His wife is a strong character, even if she’d not present most of the time and her story is a very “what does this have to do with anything and why is it here?” side plot with chimpanzees. The daughter is a believable teenage girl who reacts pretty believably to her circumstances. The gang members are deadly and arrogant and evil. You feel for Elio as the kid tries to figure out what world to be a part of. The city itself is almost a character and really, really well-described as a catalyst for everything that happens.
Some plot points felt really forced, though. After Mason knows he’s in trouble with the gang leader (avoiding spoilers), he makes some very unbelievable decisions, seemingly because that’s the only way to get the plot to go where the author wants it to go. And why is there a slutty supermodel thrown into the mix? Okay, it’s LA, I’ll go with that. Also, why would the government do this, exactly? That’s not clear, although again this is only book 1.
Overall, I did enjoy reading this and thought it was entertaining. There were just a lot of little things that seemed odd all mixed together, and a lot of the plot felt forced.