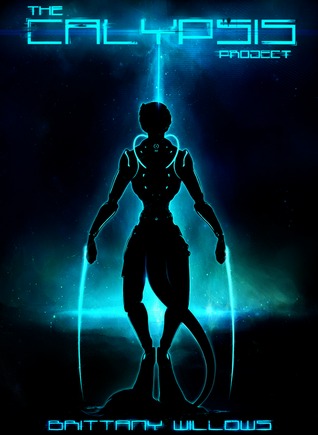 The greatest thing about this book, for me, was being able to so clearly see the world the author created. You know Willows absolutely knows her world(s) and has a clear picture of every little detail in her mind, and that sense of the author’s love and dedication to this story enriches the whole thing. The simple imagery and description gives just enough detail that you see where she’s directing, but there’s also plenty of room for your own imagination to fluff it up.

This is definitely the most action-packed book I’ve read in a while, but it never feels forced or ridiculous. The military feel works really well. One situation flows into the next with complete believability, and it’s really impressive how the fast pace also builds to a climax, with clear direction and intent. One minute you’re on one alien world, the next you’re on another, then you’re in a starship, then you’re flying through a portal, and it all works together to show the grand scope of this galaxy and build tension, showing what’s at stake.

The characters are pretty good too. I immediately liked the originality of the humans vs. aliens approach here – you START from the alien’s perspective and almost, almost are asked to side with Kenon against the humans. Starting with Kenon and his Drahkori world works really well to draw the reader into this reality and give you a “native” taste of what’s going on. Then things flip to a human perspective, and of course you sympathize with Knoble and his soldiers too. The relationship between Alana and Knoble as stepfather and stepdaughter was a really nice touch, not overdone but adding a bit of heart to the story. Everyone likes a strong female lead these days, and Alana certainly is a great one. She’s easy to like and relate to, and you immediately wish her well because she’s the first person to try to bridge the gap between humans and the “enemy” aliens.

And, through all of this, there is clearly SOMETHING more going on that both sides have to figure out. I always like a mystery aspect thrown into sci-fi, and the question of what exactly the Calypsis Project is and how Kenon is involved is key (ahem) to the whole story even though there’s so much else going on. By the end, it’s clear that a whole new side to this story has been introduced, and I’m sure the next part of the saga will be even more interesting, with new twists and drama.

As for my nitpicky stuff, I would have liked to see more backstory sprinkled in. It’s not entirely clear why this war is going on in the first place, although you pick up info as the story moves along and the characters clash. And sometimes things happen that are a little too convenient – groups get separated and then just happen to run into each other, they find an escape just in time, etc. But, overall, none of this was enough to make me question the author’s vision or direction.

I definitely recommend this book to anyone who likes military, alien sci-fi. It’s certainly going on my Pinterest board of favorites. 🙂

One thought on “Review of “The Calypsis Project” by Brittany Willows”